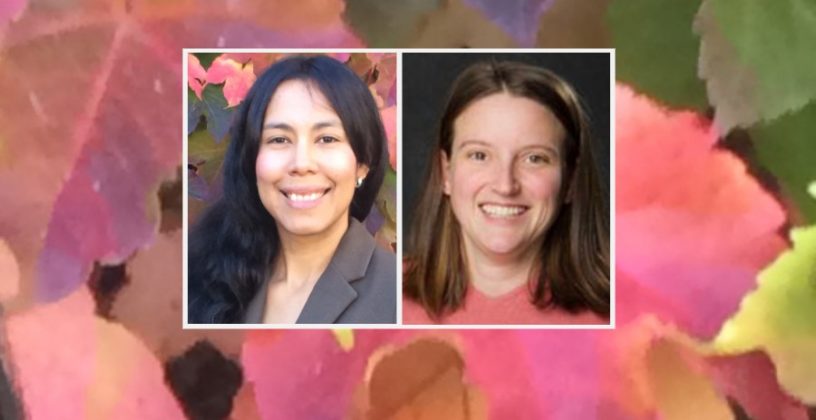 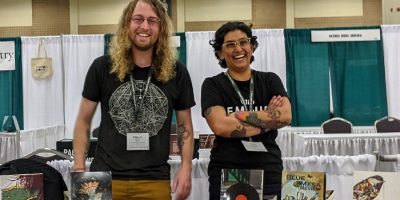 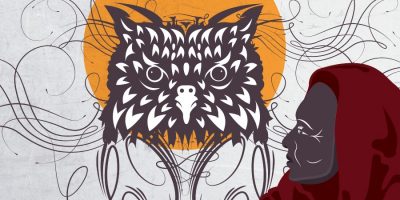 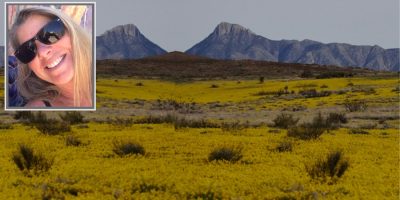 Two alumnnae of American Literary Studies, Drs. Díana Noreen Rivera and Leigh Johnson, have been featured for the pen-pal pedagogy they launched last semester when both of their scheduled courses were impacted by the pandemic. Their story is featured below, with a video link to hear more from them and their students. Leigh Johnson graduated in 2011 and is currently an associate professor in the Department of Literature and Languages at Marymount University, where she chairs the Liberal Studies Program and is the Coordinator for the Gender Studies Minor. Noreen Rivera graduated in 2014 as a Mellon Dissertation Fellow and recently made tenure and promotion to associate professor in the Department of Literatures and Cultural Studies at UT-Rio Grande Valley, where she is an affiliated faculty member with Mexican American Studies, an ALS PhD returned home. Here’s their story:

With the abrupt pivot to online instruction in response to Covid-19, students no longer had their peers face to face, and while most in the nation were feeling that loss, a group of students in Arlington, VA, and the Rio Grande Valley of South Texas were continuing and extended their connection to each other.

Originally Dr. Leigh Johnson was scheduled to teach a class on literature of the US Mexico borderlands that would include a week in South Texas in Spring 2020. Meanwhile, at University of Texas Rio Grande Valley, Dr. Noreen Rivera arranged for her students to travel to DC for a study away experience to examine how Chicanx authors use writing to respond to the federal government. Unfortunately, both of their study away experiences were cancelled. But, in addition to the physical programs, they set up an email pen pal exchange for their students at the beginning of the semester. Over the course of the semester students exchanged at least 14 emails about the readings and their lives and cultures.

When both campuses moved to online instruction, in March, the students said that a bright spot for them was the continued ability to interact with their peers in another place. It helped to know that students everywhere were struggling and adapting to new modes of learning. Based on student feedback, Dr. Rivera and Dr. Johnson set up a Zoom conference for them to “meet” each other. They did breakout rooms with their pen pals and had four questions to discuss. When they came back to the main room, they said that they hadn’t even needed the questions–they already felt like they knew each other and were continuing a conversation.

“Our students form a diverse group linguistically, ethnically, and socio-economically,” said Drs. Rivera and Johnson. “UTRGV is a Hispanic Serving Institution and Marymount University is an emerging HSI. The connections students forged helped them process the literature they were reading as well as the times they are living in. It’s a powerful story of connection, cultural exchange, and community in these times.”