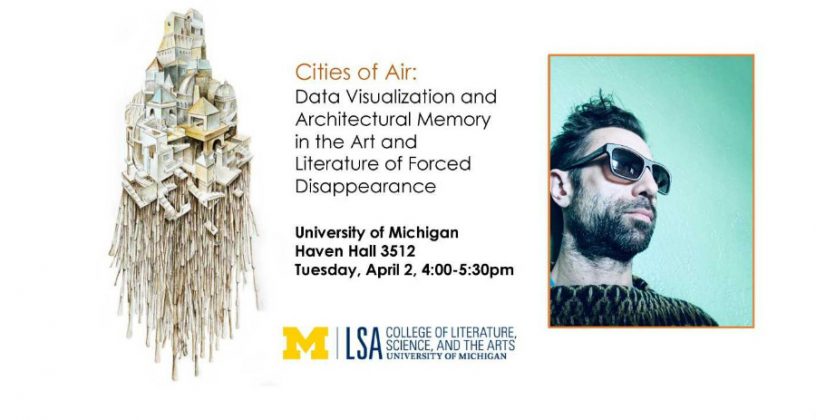 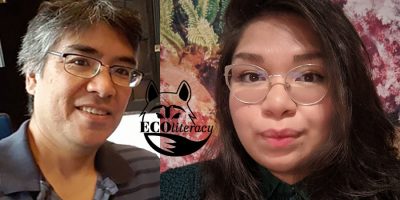 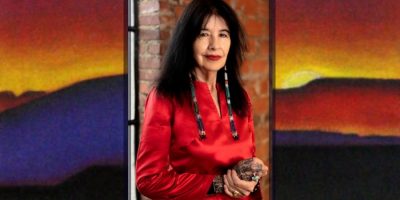 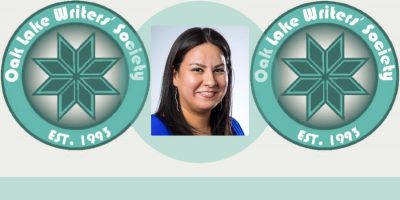 Assistant Professor Jesús Costantino was invited to deliver a scholarly lecture at the University of Michigan on April 2. The lecture, “Cities of Air: Data Visualization and Architectural Memory in the Art and Literature of Forced Disappearance,” discussed recent works by Mexican writers and artists who confront the horror of mass disappearance.

Covering such works as Mayra Martell’s photographs of the bedrooms of disappeared girls in Ciudad Juárez, Verónica Gerber Bicecci’s illustrated 2018 novel Empty Set, and Forensic Architecture’s digital reconstruction project of the mass kidnapping of 43 students in Iguala in 2014, Dr. Costantino’s lecture argued that there is now a new generation of Mexican artists and writers who have grown up in a culture of forced disappearance who turn away from data and toward tangible artifacts and architectures. By way of the rooms, houses, buildings, debris, and other architectural sites left behind by the disappeared, these writers and artists, he argued, imagine another relationship to absence that resists what they see as the false coherence and closure of visual data.

Dr. Costantino also recently presented related research at the Society for Cinema and Media Studies Conference this past March. The presentation, “Neighborhoods across Deep Time,” argued that certain media forms–photography, comics, and video games–have a general tendency toward the representation of large time scales, which makes these media useful for critically examining the histories of dispossession and displacement in urban and suburban neighborhoods.

Also at the Society for Cinema and Media Studies Conference, Dr. Costantino organized and led a large seminar devoted to what he terms “The Content Era.” He assembled a group of scholars to discuss the consequences of what it means that we are all now adrift in a seemingly endless sea of content. The seminar discussed the advent of a well-established cadre of professional “content creators,” “content curators,” and “content managers” who work across multiple media platforms in conjunction with “content providers” to bring us ever more TV shows, films, video essays, video games, comics, podcasts, performances, news, books, music, site-specific art, and so on, ad infinitum.