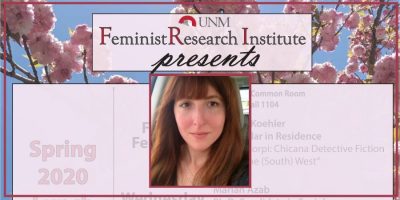 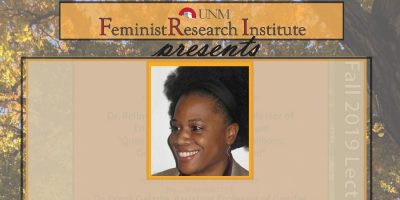 The faculty and doctoral students in American Literary Studies are riding a high wave of publications, with books and articles either recently published or immediately expected on the horizon, and a list of their publications highlights the areas of expertise within ALS and the group’s unique balance of literary tradition and cultural innovation.

Dr. Jesse Alemán, professor and the Director of Literature, published The Latino/a Nineteenth Century (NYU Press, 2016), a co-edited collection of new essays charting nineteenth-century U.S. Latino/a literary histories. He also saw the publication of his co-edited special issue of American Literary Realism, with fellow ALS faculty member Dr. Kathryn Wichelns, on “Matters of Race in the Age of Realism” (49.3, Spring 2017); he’s expecting “Narratives of Displacement in Places that once were Mexican” in the forthcoming Cambridge History of Latino-American Literature; and he’s completing a special issue of English Language Notes (Duke UP) on “Latinx Lives in Hemispheric Context,” co-edited with Maria Windell, which is set to appear in Spring 2018.

Oliver Baker, a PhD student, former Center for Regional Studies Hector Torres Fellow, and a current Mellon Dissertation Fellow, published two articles. The first, “Words Are Things”: The Settler Colonial Politics of Post Humanist Materialism in Cormac McCarthy’s Blood Meridian,” appears in the Fall 2016 issue of Mediations 30.1, and explores the politics of new materialism and the so-called posthuman turn by way of a new critique of Blood Meridian. See his article here.

The second piece, “Democracy, Class, and White Settler Colonialism,” appears in the June 2017 issue of Public (28.55), and draws on Indigenous critical theory and Afro-pessimist theory to argue that theories of liberal democracy and worker-centered struggle fail to consider how coloniality continues to underpin neoliberal forms of exploitation and dispossession. Read it here.

Jesús Costantino, assistant professor and the newest addition to ALS, recently published two articles. “Harlem in Furs: Race and Fashion in the Photography of Gordon Parks,” appears in the 23.4 issue of Modernism/modernity. The piece examines Parks’s fashion work for outlets like Vogue alongside his documentary work for outlets like Life and Ebony and argues that commercial fashion informed Parks’s thinking about racial politics and, as a consequence, the visual imaginary of the Civil Rights Movements as a whole. His second article, “The Squared City: Prizefighting, Tenement Reform, and Spatial Physiognomy at the Turn of the Century,” can be found in recent special issue of American Literary Realism (49.3). The article examines American Naturalist fiction, tenement reform documents, and boxing training manuals to argue that the parallel hermeneutics of the tenement and the prize-ring formalized race and ethnicity by way of formalizing space, binding the modern projects of racial and ethnic formation to what Henri Lefebvre calls “the production of abstract space.”

Dr. Costantino also expects the August 2017 publication of “Permadeath and Precarity,” a special issue of The Journal of Gaming and Virtual Worlds that he’s co-editing with Alenda Chang (UCSB) and Braxton Soderman (UC Irvine). Drawing on Judith Butler’s deployment of the term “precarity,” Dr. Costantino and his co-editors contend that new video game experiments with the mechanics of death have arisen in response to the contemporary tenuousness of human existence in the face of anthropogenic climate change and neo-liberal economics. In this special issue, he and his co-editors argue that so-called “permadeath games” are uniquely situated to voice the inherent precarity of what it means to live and play in the early twenty-first century.

Bernadine Hernández, assistant professor, placed her article, “Dying to Be Beautiful: (Re) Membering the Women of Júarez and the Commodification of Death” in the Spring 2018 issue of Women’s Studies Quarterly. Through a cultural studies analysis, the article looks at how the production, consumption, and exploitation of the women’s bodies and the very process of (re) membering them after death is not only the commodification their bodies but also the marketable illusion of their subjectivity to promote a conventional standard of beauty never available to women of color. Dr. Hernández also expects to see her chapter, “(Re) Signifying Gender and Sexuality for the Nueva Mexicana Historical Body: The Politics of Reading Place in Women’s Tales from the New Mexico WPA: La Diabla a Pie,” in the much-anticipated collection, Querencia: Essays on the New Mexico Homeland. The chapter seeks to rethink how New Mexico and the material economic relations of the state that were tied to land, place, and labor resignify the Nueva Mexicana body politic by shifting how we understand the materiality and management of gender and sexuality in relation to sexual violence, production/reproduction, and proper femininity.

It also proved to be a banner year from the new assistant professor. Dr. Hernández garnered the UNM New Teacher of the Year Award; she received grants from the Teaching Allocation Committee, the Feminist Research Institute, and the Center for Regional Studies; she was awarded the Stanford University Latin American Library Grant Residency; and she was named the 2017-2018 Faculty Research Scholar at UCLA’s Institute of American Cultures and Chicano Research Center, where she’ll be in residence for the year.

Scarlett Higgins, assistant professor, announces the Spring 2018 release of her book, Collage and Literature: The Persistence of Vision, via Routledge Press. The book analyzes how and why the history of literature and art changed irrevocably in the early years of the twentieth century, and what that change has meant for late modernism and postmodernism by focusing on “collage” and its use of radical juxtaposition in the arts. By recovering the “shock” of collage, Dr. Higgins’ book restores collage to its multimedia origins in order to reveal its powerful and political affect.

In the meantime, she has published, “Purity of essence in the Cold War: Dr. Strangelove, paranoia, and bodily boundaries” in the January issue of Textual Practice. The essay produces a new understanding of ‘Cold War paranoia’ via a psychoanalytic reading of Stanley Kubrick’s 1963 Dr. Strangelove, (alongside earlier Cold War films My Son John and The Manchurian Candidate) through which paranoia becomes a peculiarly bodily mental disturbance.

Matthew Hofer, associate professor and current ALS Director, expects to see his substantive chapter, “From Imagism to Vorticism and BLAST: ‘In a Station of the Metro’ and other Early Poetry and Prose,” in the MLA’s forthcoming book Approaches to Teaching Ezra Pound’s Poetry and Prose. Meanwhile, Dr. Hofer’s book series with UNM Press, Recencies, continues to roll out new critical volumes in the effort to promote research and recovery of twentieth-century poetics.

Jana Koehler, a PhD student who recently passed her prospectus defense, published “Epistolary Politics: A Recovered Letter from Frances E. W. Harper to William Still” in the American Literary Realism special issue on “Matters of Race in the Age of Realism” (49.3 Spring 2017). The piece discusses a recovered letter from Frances Harper, one of the most popular black women writers of the nineteenth century, to William Still, a noted abolitionist and friend, in which Harper discusses the wrongful imprisonment of a black man named Jeff Gee.

Lauren Perry, a PhD student, has two publications forthcoming. The first is a chapter titled “Teaching the History and Theory of American Comics: 20th Century Graphic Novels as a Complex Literary Genre,” in Teaching Graphic Novels in the English Classroom: Pedagogical Possibilities of Multimodal Literacy Engagement (Palgrave Macmillan), a collection on teaching graphic novels in the English classroom in both high school and higher education. Her second publications are a number of entries—on Alan Grant, Frank Quitely, Grant Morrison, and four others—in the Edinburgh Biographic Dictionary of Scottish Writers, a biographical dictionary of notable Scottish writers (Edinburgh University Press).

Melina Vizcaíno-Alemán, who recently earned tenure and was promoted to associate professor and was granted a year’s sabbatical, announces the fall 2017 publication of her book, Gender and Place in Chicana/o Literature: Critical Regionalism and the Mexican American Southwest via Palgrave Macmillan’s Literatures of the Americas Series. The book takes a critical regional approach to Chicana/o literary and cultural studies, rethinking the field primarily from women’s regional writing, and spans an analysis of early Mexican American writings, Chicana/o literature, and Chicana art. Dr. Vizcaíno-Alemán also expects to see her review essay of the scholarship on American Literature written in Spanish appear in the forthcoming pages of American Literary Scholarship 2015 (edited by distinguished ALS emeritus, Dr. Gary Scharnhorst), and she also anticipates a chapter outlining the methodologies and approaches of Critical Race Theory in an anthology reader intended for undergraduate students new to literary theory.

Julie Williams, a Bilinksi dissertation fellow and recently graduated doctoral student, expects her essay, “Western Writers and Wheelchairs: Embodiment and Ability in Waist High in the World,” to appear in the forthcoming book The Matter of Disability, edited by David Mitchell, Sharon Snyder, and Susan Antebi (U of Michigan Press, 2017). Julie successfully defended her dissertation and completed her PhD in July 2017.