The Inaugural D.H. Lawrence Lecture was held on February 23rd, with a presentation by Mark Doty, author of nine books of poetry, including “Deep Lane,” “Fire to Fire: New and Selected Poems,” which won the 2008 National Book Award, and “My Alexandria,” winner of the Los Angeles Times Book Prize, the National Book Critics Circle Award, and the T.S. Eliot Prize in the UK. Doty is also the author of three memoirs, including The New York Times-bestselling “Dog Years,” “Firebird,” and “Heaven’s Coast,” as well as a book about craft and criticism, “The Art of Description: World Into Word.” Doty has received two NEA fellowships, Guggenheim and Rockefeller Foundation Fellowships, a Lila Wallace/Readers Digest Award, and the Witter Bynner Prize. 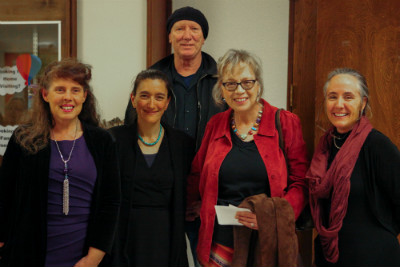 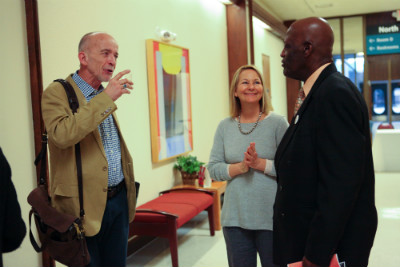 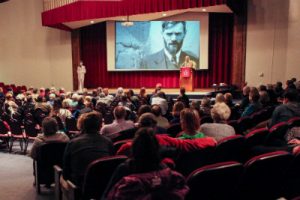 Video Presentation on the D. H. Lawrence Ranch and Rananim

The D.H. Lawrence Ranch Initiatives & UNM Alumni Association with support from the Witter Bynner Poetry Foundation & the Department of English Language and Literature hosted this event . The D.H. Lawrence lecture series celebrates D.H. Lawrence, British novelist, poet, playwright, essayist, translator, literary critic and painter, whose genius was not truly recognized until after his death. In an obituary, E.M. Forster named him, “The greatest imaginative novelist of our generation.” Lawrence’s dialog with nature, humanity and the human condition is revealed to us in the inimitable way in which he accesses language to delve deep into the human soul while preserving the mystery that is man/woman/nature.

Visit the Lobo Living Room for more information and details of the Inaugural D.H. Lawrence Lecture, including recorded video of the presentation.