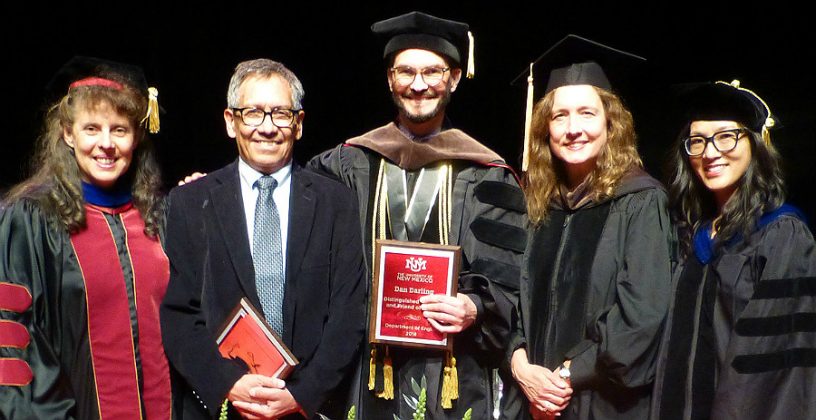 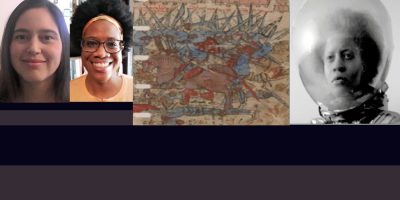 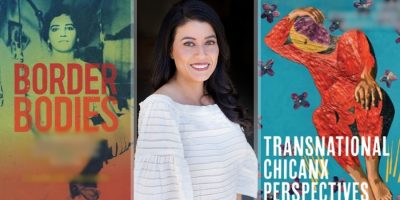 The English Department’s 2018 Commencement was headlined by alumnus Dan Darling who addressed the graduates in his commencement speech. A New Mexico native, Dan Darling graduated from UNM’s MFA Program in 2010 and serves as Assistant Professor of English at Normandale College in Minneapolis, MN, where he had just been named teacher of the year. Dan Darling is also the author of Archeopteryx, which Muskeg Magazine calls “an ambitious book . . . on the cities, towns, dead-ends, mountains, deserts, plants, and animals of New Mexico.”

The Department celebrated the academic achievements of its 100+ graduating undergraduates and graduates by highlighting scholarship and honors thesis recipients as well as recognizing the portfolios and dissertations of our MA, MFA, and PhD graduates.

Furthermore, the Department of English bestowed its “Distinguished Alumnus/a and Friend of English Award” on Dan Darling for his academic achievement, Dale and Ivan Melada for the very generous scholarship they endowed for our students, and long-term and now retiring lecturer and creative writer Jack Trujillo.

The official program was followed by a reception enjoyed by all.